The Tualco Grange, No. 284, was formally organized on Jan. 28, 1909, and authorized as the fifth subordinate Grange in Snohomish County on Feb. 4, 1909 thereby becoming part of the State and National Grange. I.J. Oliver was the first Master and H.C. Frohning was the first Secretary. The first meetings were held at the Tualco School (pictured in this 1929 photo), which was built in 1908 and was the second school building on that site.

In 1910 members decided to build a Grange hall at the intersection of Tualco and Tualco Loop Roads on the Albert Weishaupt property. Members donated much of the material and labor, and a series of socials were organized to buy the rest. Benches were built along the walls with chairs only for the officers. Tables were made of sawhorses and 1×12 boards. Behind the stage was a simple kitchen with an old cook stove. There was no running water and no electricity. In 1931 a kitchen was built at the back of the hall.

In 1944, the Tualco Grange leased the Tualco School building, where they had held their first meetings, and then acquired the school building outright in 1947. It had closed as a school in 1939. Over the years the Grange has remodeled and updated the old school. In 1951, the original Grange Hall was sold to the “Swiss Colony,” a group of Swiss Descendents, and became Swiss Hall. 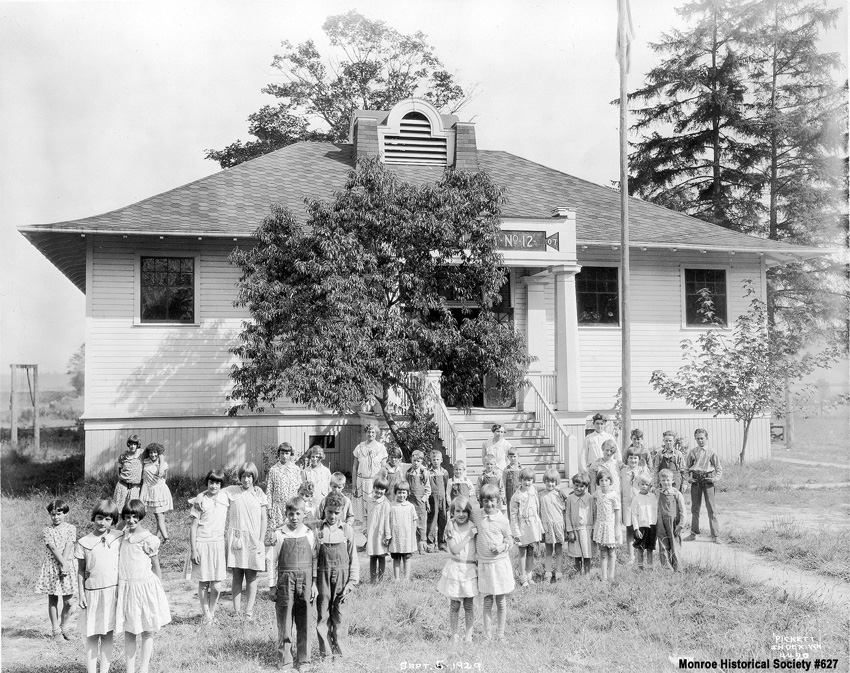