Monroe held its first agricultural fair, The Monroe District Fair, more than one hundred years ago on September 4-5, 1903, at the IOOF Hall and Grounds on North Lewis Street where Big Daddy John’s restaurant is today (2016). There were exhibitions of livestock, farm and dairy produce, ladies useful and fancy work, and arts and sciences. There was also horse racing, baseball and other sports, and on Saturday night, a Grand Ball was held with a Fair Queen and six maids of honor presiding.

The Tualco, French Creek, and Cherry Valley Granges organized fairs and parades in Monroe from 1937 through 1939 using a small site at the southeast corner of Main and Ferry Streets. In 1941, the first Cavalcade of the Valleys was organized featuring a parade, carnival and agricultural fair at a larger site near Powell and Park Streets. It was cancelled for the next two years because of WWII and resumed in 1944.

Since 1949, The Evergreen State Fair and fairgrounds have grown tremendously. The Fair now runs for twelve days ending on Labor Day and can attract a hundred-thousand visitors on a single day. The Fairgrounds feature permanent facilities that are used year-round and include the Evergreen Speedway with its paved oval track and 7,000-seat covered grandstand, a clear-span sports arena that can seat 4,000, and a variety of other permanent exhibition facilities.

Despite its regional standing, the fair remains an important local event. The Monroe Fair Days celebration and parade signal the opening of the fair each year, and local residents are heavily involved in all aspects of the fair’s many events and activities. The Tualco Grange has always been heavily involved in the fair and has been feeding fairgoers from its kitchen since 1947, when it first opened on the site. The Monroe Historical Society is also very much involved with the fair in hosting the Shannahan Cabin and by providing its historical displays. 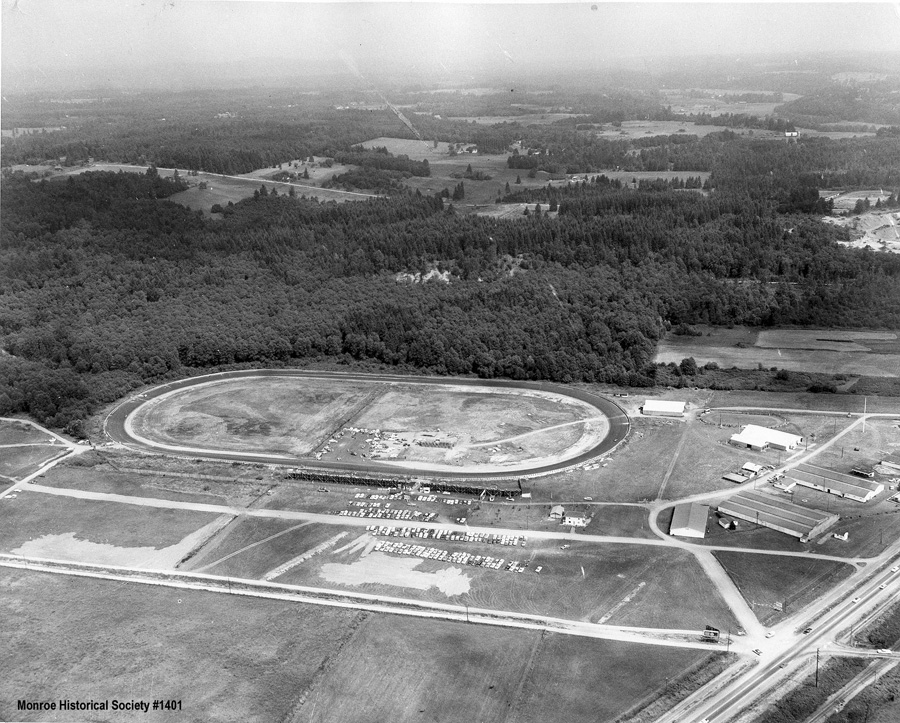 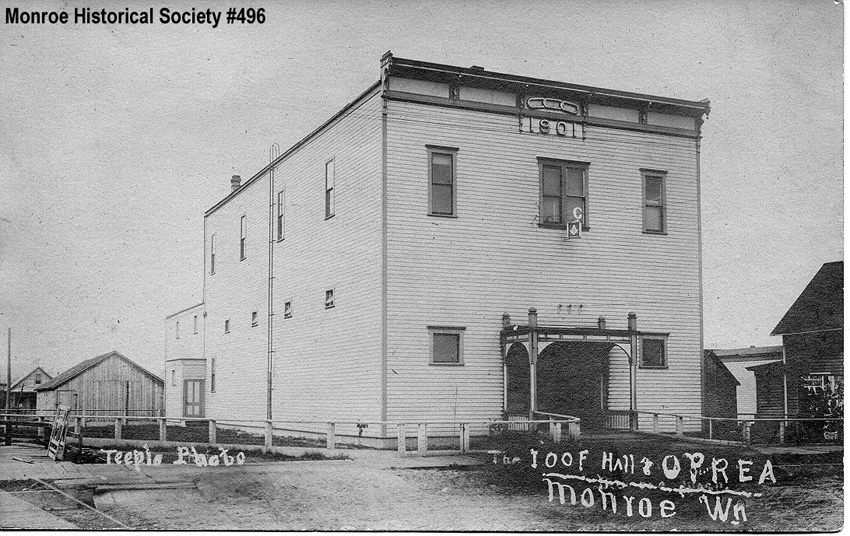 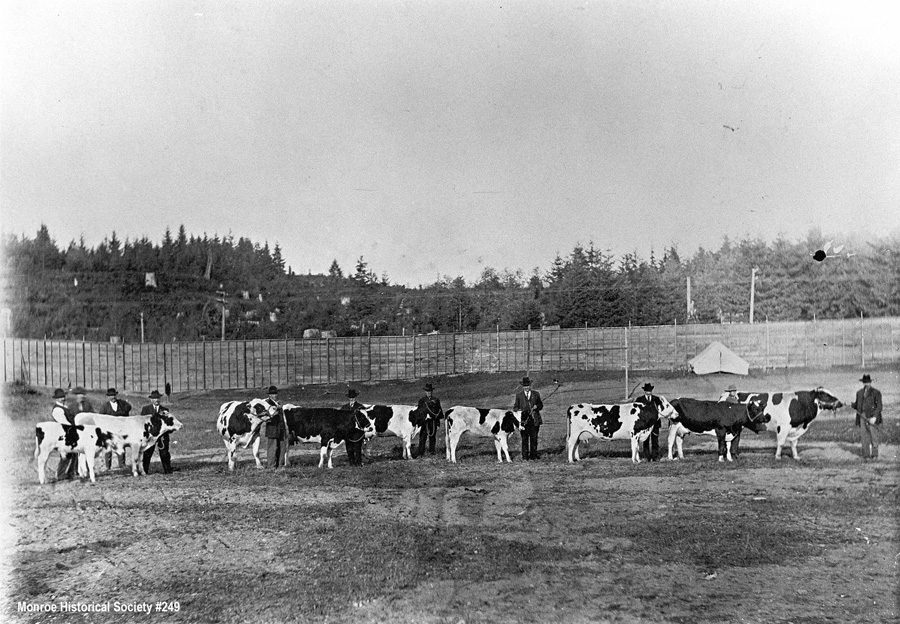 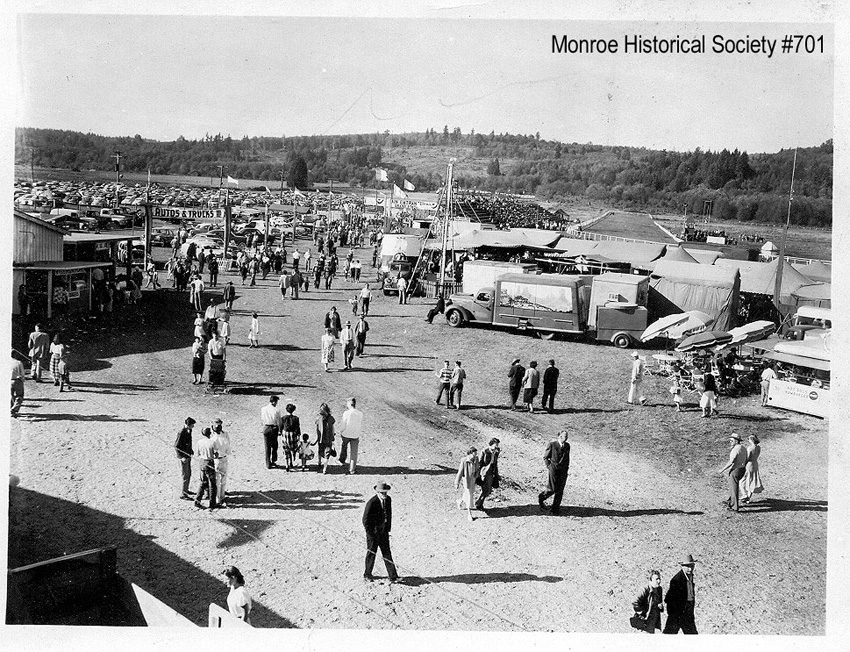 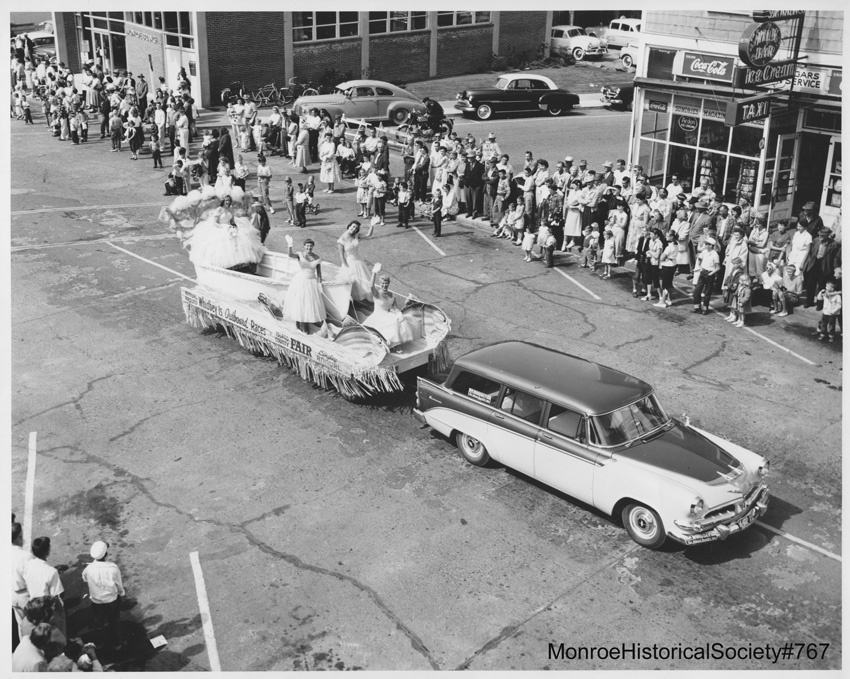