The heaviest snowfall on record for the Northwest fell in late January and early February 1916. Sixteen to eighteen inches of snow would fall during one night and then continue through the next day. Before the weather finally broke after four weeks of freezing weather, accumulations in lowland Puget Sound ranged between four and six feet of snow.

Business came to a virtual standstill although businessmen still need to shovel the walks in front of their stores and more importantly, their roofs, which created huge piles of snow in the middle of the street.

Fortunately, the weather was not really that cold and with few exceptions, most families simply suffered the inconvenience and stayed home until the thaw.The Great Northern Railway worked to keep the mainline open with their rotary snowplows but there were several days running at times when no trains got through. 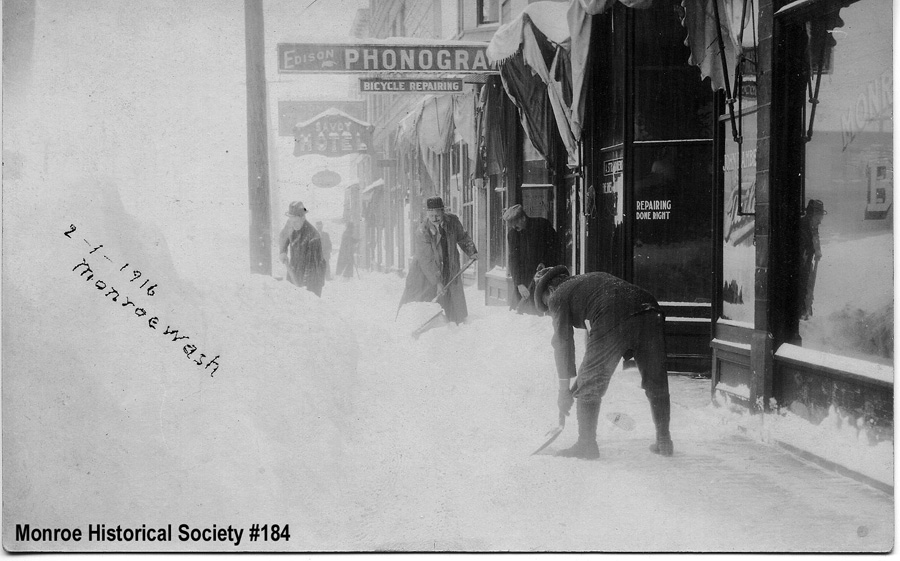 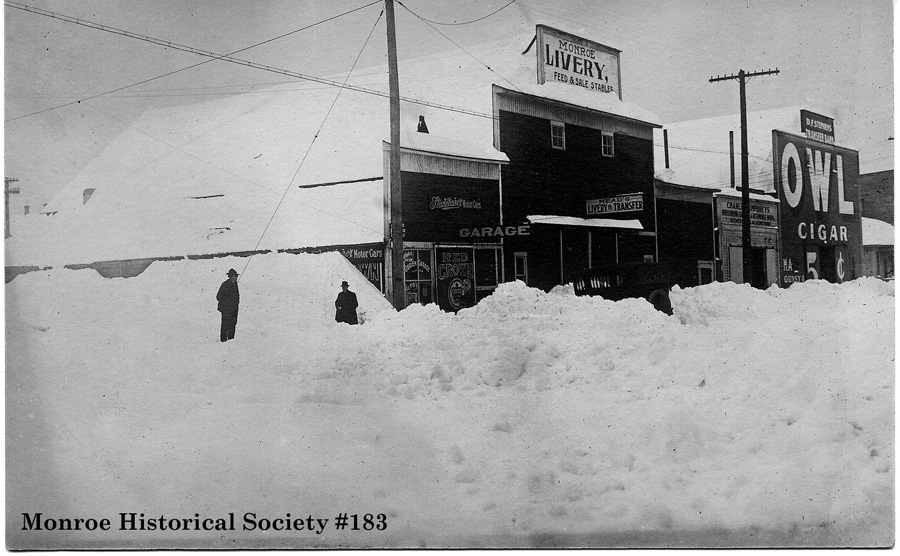 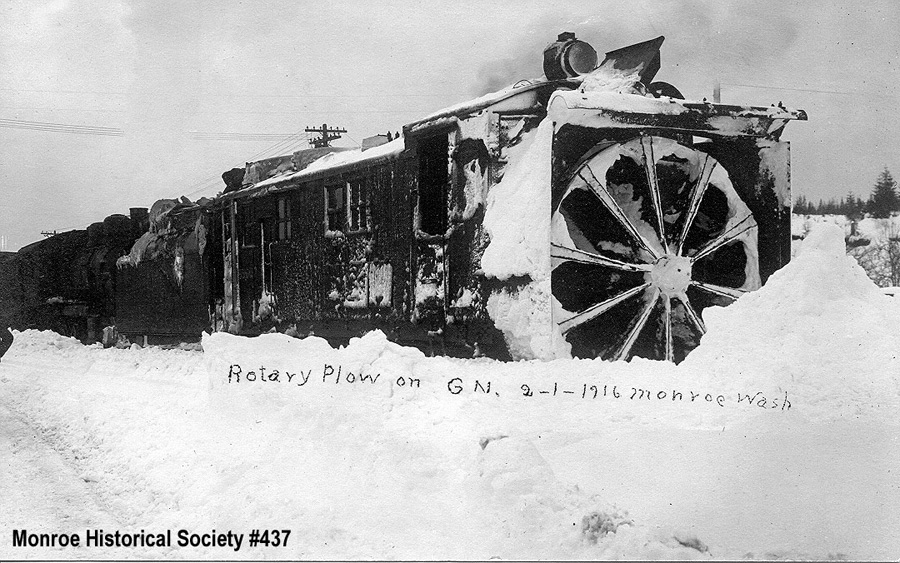