An Oil Well Near Monroe

The Monroe Historical Society is very fortunate in having a person with real expertise to review and process the photographs that are donated or loaned to the society. Sometimes we receive photographs that are unfamiliar and look as if they do not belong in our collection. One such picture was this one of an oil well.

I was able to idenitfy this picture as taken in 1925. My father, Walter Camp, drove us in our 1921 Willys-Knight sedan to view this strange spectacle. It was located at the end of what the 1987 Thomas Guide shows as Oil Well Road (now 88th St. SE), just south of the present day Snohomish Golf Course, north of US 2 between Monroe and Snohomish.

My uncle, E. Milton Stephens, put up most of the money for this adventure, called the Sol Duc Oil Company, which resulted in what oil people refer to as a dry hole.

This may not seem like too wild an adventure if you had read the front page of the April 23, 1909, Monroe Transcript, which described a gas strike when Monroe’s water and light company was sinking a deep well for water. Gas was struck at about one hundred feet with indications of oil. It burned freely for several days until the casing became choked.

The article concluded that there was a liklihood that a company would be formed in the near future to sink a well to ascertain for certain if gas and oil could be found in quantities for commercial use. 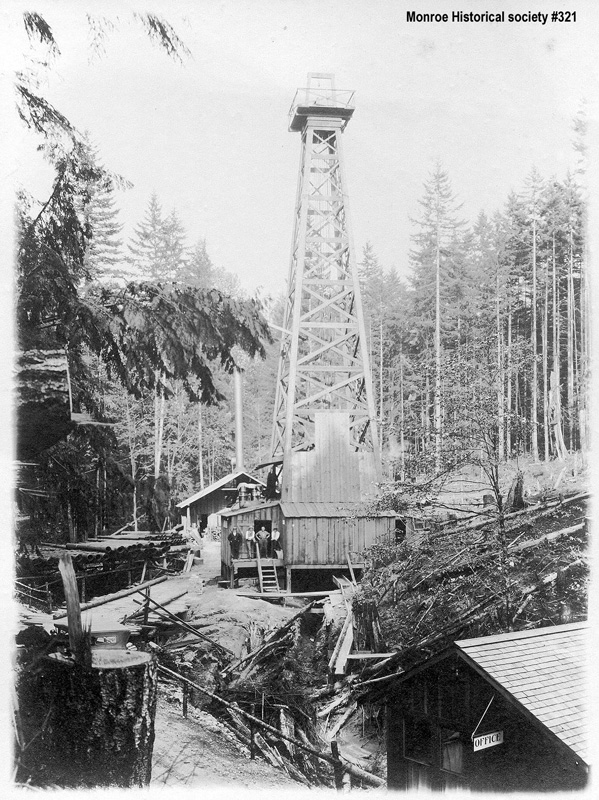