The Monroe Business Community began pushing for a local bank in 1902, the year the town was incorporated, and two years later the Monroe State Bank was organized with capital stock of $25,000. E. Milton Stephens was president when the bank opened for business on March 10, 1904, in temporary quarters in the harness shop of C.M. Bounsell & Co. By the end of the year the bank moved to a its permanent home in a handsome new brick building that still stands (the first brick building in Monroe) at 106 East Main Street. The original safe was of manganese steel, had a time lock, weighed almost two tons, and cost $1700. It is now in the Monroe Historical Museum. In 1909, Monroe State Bank joined the national banking system as the First National Bank of Monroe.

Monroe became a three-bank town in 1968 when First Mutual Savings Bank (originally Eastside Savings and Loan Association) opened a branch in 1968 at the southwest corner of Main and Lewis Streets. It is now First Mutual Bank (as of 1999). EverTrust Bank (as of 2001) arrived in 1973 but as Everett Federal Savings and Loan Association, which became Everett Mutual Savings Bank in 1987, and then Everett Mutual Bank in 1994. Olympic Bank came to Monroe in 1979 and was then acquired by First Interstate Bank in 1985, which was acquired by Wells Fargo in 1996. First Heritage Bank opened their Monroe branch in 1986. Pioneer First Federal Savings Bank opened at branch in the Monroe Safeway in 1988, which was then acquired by Washington Mutual Bank in 1993. U.S. Bank arrived in 1992, Frontier Bank in 1995, and Coastal Community Bank in 2001.

–from information compiled by Bill Wojciechowski and Nellie Robertson. 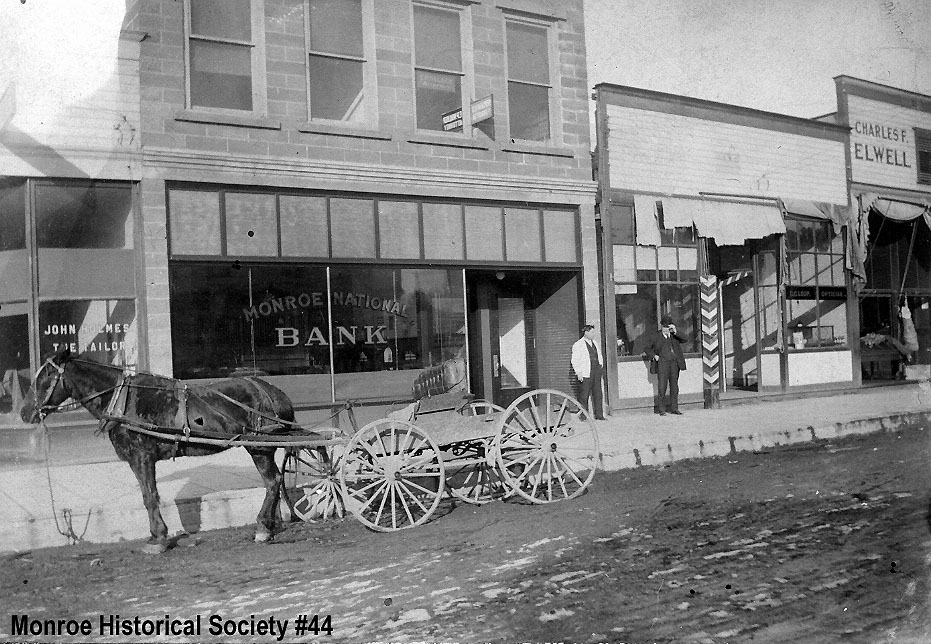 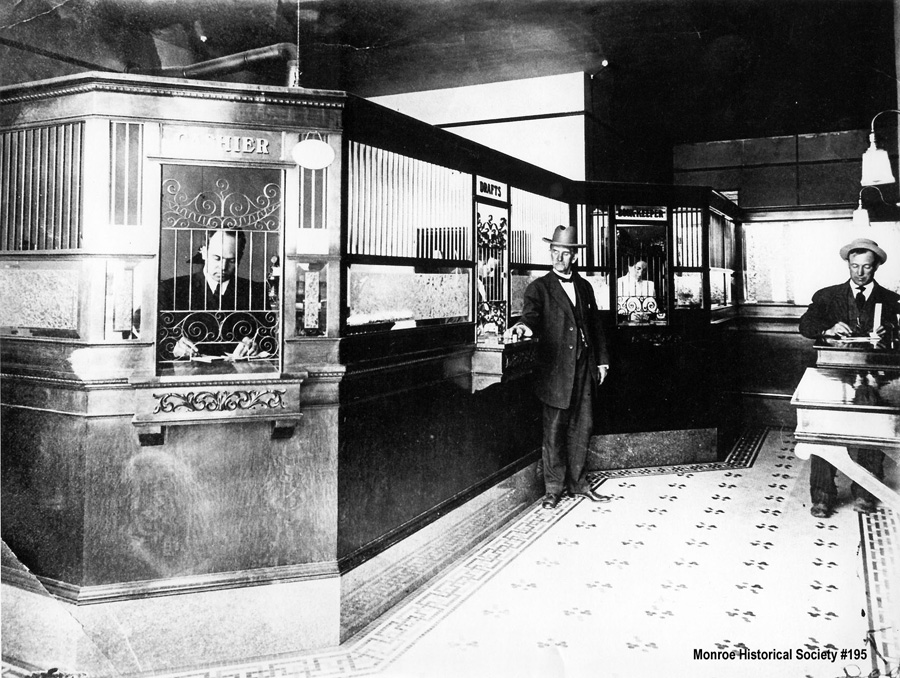