The greenhouses were built to provide flowers for all Great Northern passenger trains and shrubs for the landscaping of all Great Northern Depots. Every spring a crew from Monroe would travel the line to landscape the grounds along the way. At their peak, some 70,000 geraniums alone were grown annually to beautify Great Northern property during the summer months.

Some of the first flowers grown in the Monroe greenhouses went to decorate two special Pullman cars used by Queen Marie of Romania and her party when she visited the United States in the Fall of 1926. Hundreds of little bouquets and other cut flowers were shipped daily from the greenhouses to decorate the dining, club and dome cars. At Christmas, 2,000 special corsages were made and shipped so that each lady bordering the train on Christmas Day could have one. 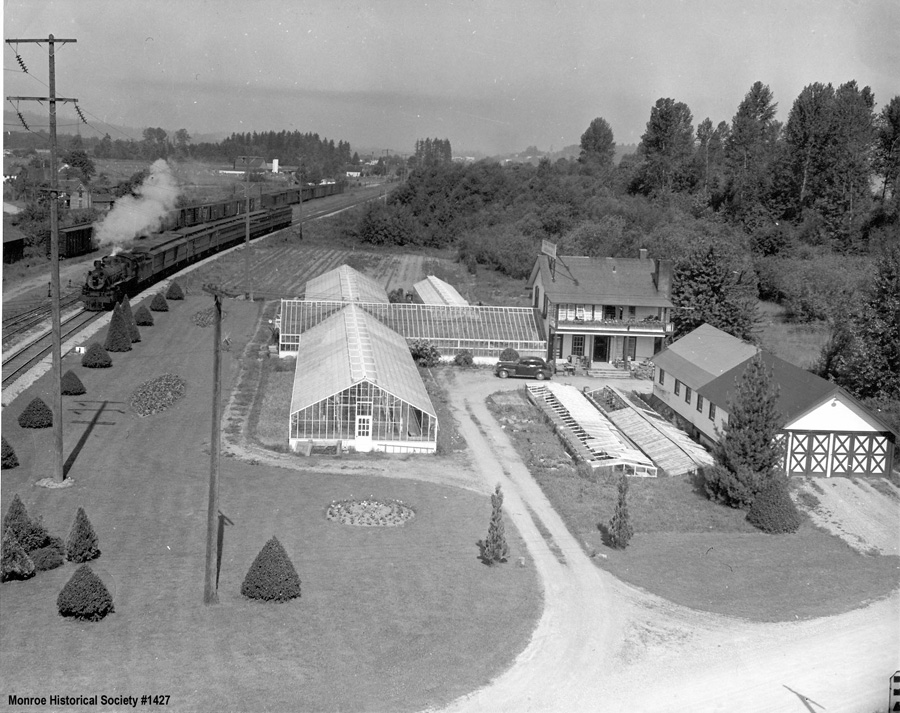 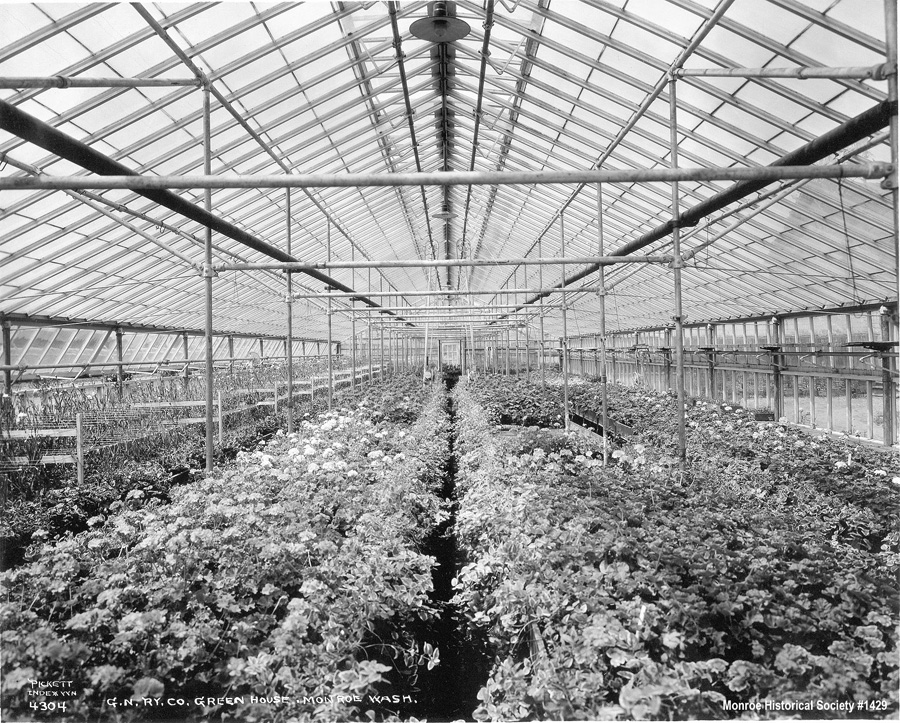