Dode “Bearcat” Bercot
How the Monroe Bearcats became the Bearcats

Until Nellie Robertson began reading through the 1923 Monroe Monitor while researching her second book of Monroe history, no one seemed to remember how Monroe High School’s athletic teams came to be called the Bearcats. The story began with a nineteen-year-old high rigger from Monroe, Dode Bercot. A high rigger is a logger who climbs high up in the evergreen trees to prepare them for timber cutting. The November 17, 1922, Everett Daily Herald tells the story:

Conceiving the idea that he would like to give his feet and hands an equal chance with courage, Dode, 19 years old, sought the opportunity of entering the ring. His chance came five months ago at Monroe when he was an interested spectator at a smoker headlined by Ned Dunlap and Eddie Keller in which [Seattle promoter Lonnie] Austin assisted in arranging. A Seattle newspaper says this about Bercott [sic]: ‘At the conclusion of a rough, tough semifinal between Cline Harrison and Thompson, two 158 pound loggers, Bercott hesitatingly approached Austin and remarked that he would like to fight the winner. “When Dode told me that he weighed 145 pounds fully dressed, I suggested that he was offering too much of a handicap,” said Lonnie. “But he was so insistent that I finally matched him with Thompson, the winner, whom he knocked out in the third round… Since Bercott started in June of this year, he has had eight fights, winning four by knockouts, two decisions, and two draws. His last battle was in Tacoma last week, when he won the decision from Art Sorento in a grueling match. The kid doesn’t know a great deal yet, but he is learning fast, and I believe with his fighting instinct and puzzling style, I have a real champion. Whether or not he is, it’s a cinch he will make a hit with any fight audience.”

In an April 1976 interview published in the Whidbey Island Record, Bercot recalled that he started fast getting his first main event with his fifth fight. That was when an Everett Daily Herald sportswriter gave him the nickname “Bearcat.” “I don’t know how they got that name,” Bercot said. “I guess because I was strong like a bear and fast like a cat.” In that same interview, he said his most memorable fight was against Ted Krache of Hoquiam for the Pacific Northwest Lightweight title on June 12, 1923, which set a state attendance record. According to the Monroe Monitor, Bercot was thought by many to be the underdog in this bout. The Everett Daily Herald reported:

[Bercot] left the second growth timber and entered the ranks of the leading coast lightweights… The end came like a bolt from the blue. Bercot landed a left hook to the body and landed with a right to the unprotected jaw of the Grays Harbor favorite. The bell ending the sixth and final round sounded as Referee Pat Scott sounded nine. Krache was out. He would have been out had Pat Scott counted 50. The conclusion of the bout was sudden and sensational. Seven thousand five hundred fight fans jammed the Arena to witness the Northwest’s ‘battle of the century.’ Monroe sent a delegation of 300 or more men and women, each of whom wore a white ribbon badge bearing the words, “Monroe Bearcat.” Last night’s bout settled a rivalry that has existed for some months past. The Monroe woods triumphed over the forest of Grays Harbor. Had both men been on their feet at the end of the sixth round it would have been a good draw… Bedlam broke loose as Referee Scott raised Dode’s bronzed arm in token of victory. The Monroe delegation stood on chairs shouting the name of the youthful high rigger… Bercot won because of two things, his fighting heart and his punch. The fans packed the Arena to see a rattling good bout. They were given a thriller.

Afterwards, Monroe citizens feted Bercot at a banquet. Walter S. Camp made the introductory speech and Whit H. Clark presented a beautiful bathrobe and a very fine handbag to Bercot as a souvenir of the occasion. It was the following year in October 1924 that Monroe High School changed the name of their school athletic teams from The Panthers to The Bearcats in honor of Bercot.

It was a couple of years later, according to the Whidbey Island Record interview, that an opponent poked a thumb into Bercot’s eye during the fourth round. At the end of the round, Bercot’s manager checked the eye and couldn’t see it. So he placed his mouth over the eye socket and sucked the eyeball back into place. Bercot went on to knock out the opponent in the sixth round but was blind in that eye from that time on although he continued to box for a number of years. In 1929, he bought a farm on Whidbey Island and by 1933 he had permanently retired from the ring to become South Whidbey Island’s first game protector, a position he held for thirty years. He died on Feb. 19, 1988, at the age of 85.

According to the Whidbey Island Record interview, the Monroe southpaw logger fought over 100 main event bouts winning 42 by a knockout. He lost only six of those matches and five of those losses were against boxers he later defeated. He was never knocked out.

–from information compiled by Nellie Robertson and Ric Kilmer,
who is responsible for most of Bercot’s Fight Statistics and biographical information
posted at the Internet Boxing Records Archive. 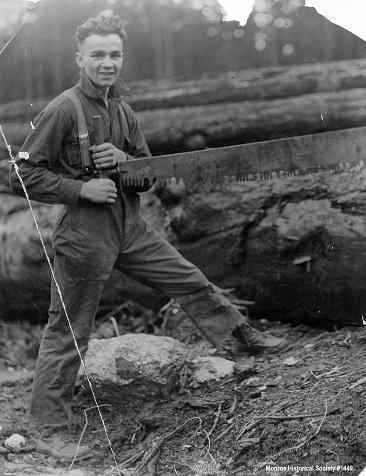 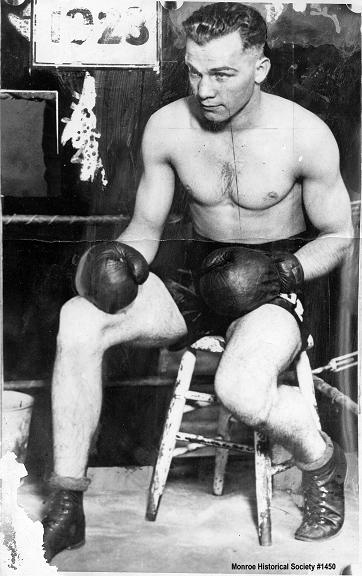