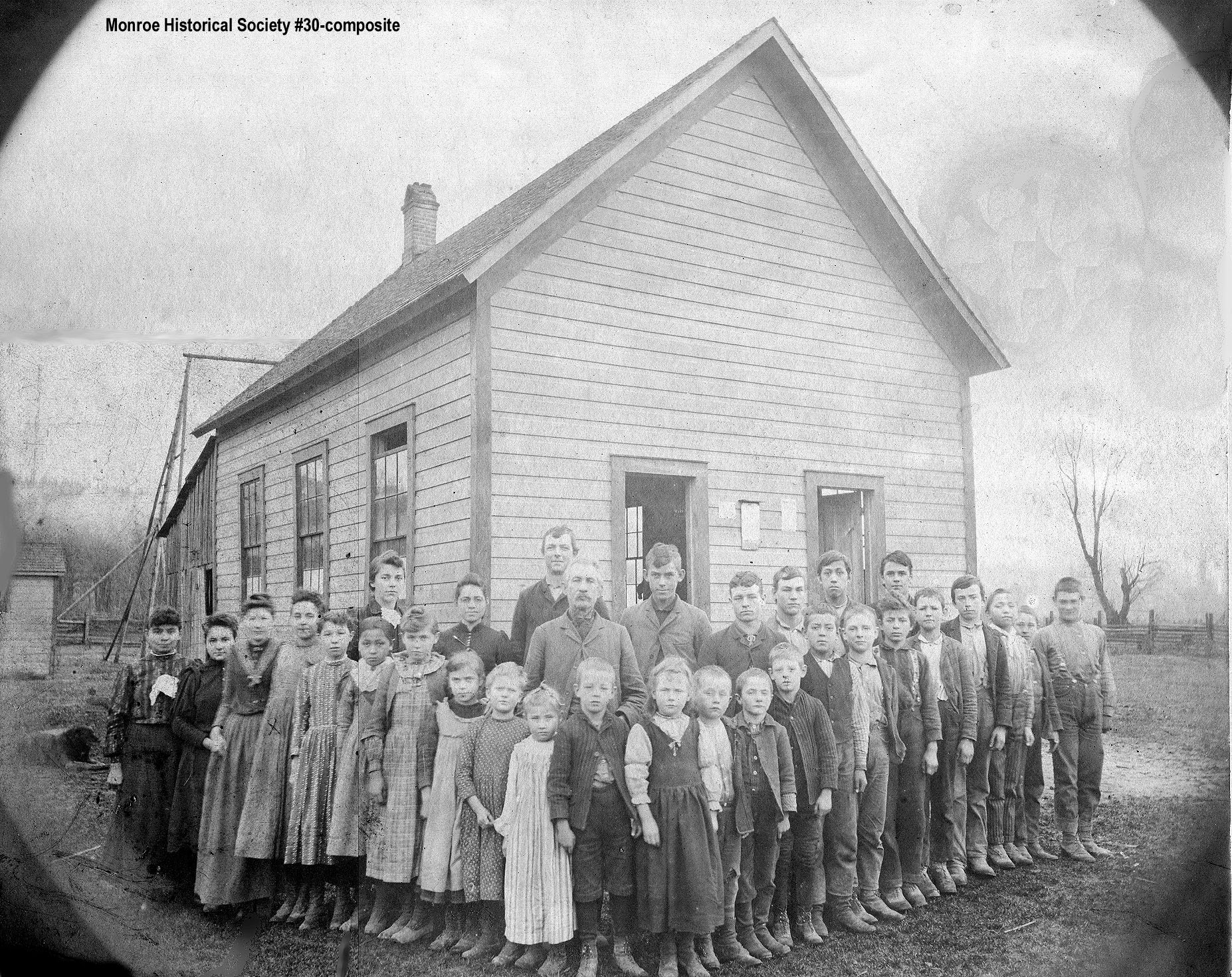 0030 – Known as the Harriman School this was the first Tualco School, with students

The school was built in 1878 and a room was added on the right in 1902. It was replaced by a later building a few years later. Bob Stretch and Mrs. Dennis are in the picture at 7 or 8 years of age. The composite version, which is the one generally used, is a digitally merged and enhanced version C; the lower left corner was taken from B to cover severe damage and a spot of severe damage in the sky on the upper right was muted. 4/04