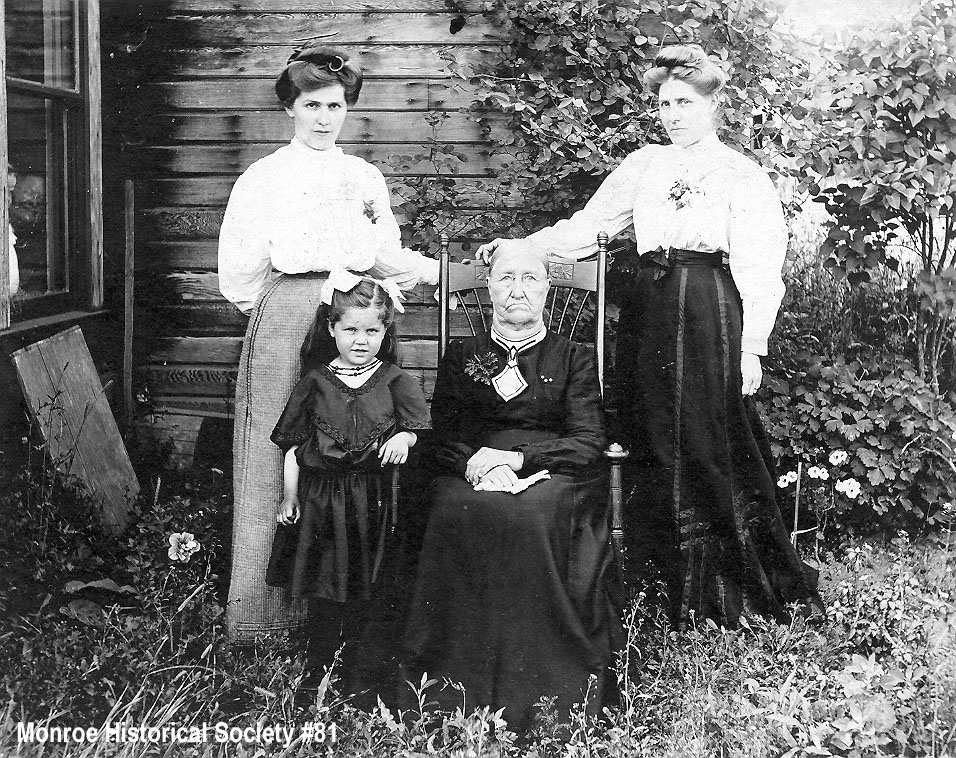 Standing at back left is Henry A ‘Babe’ Dennis’ mother, Hattie Dennis, at back right is his Grandmother, Mira Hayes Hovey Johnson, the little girl is his sister Pearl Dennis, and sitting is his great-grandmother, Matilda Dennis, who died at age 94. Grandmother Hayes smoked a corn cob pipe. When she’d sit in her rocking chair, she would inhale on the pipe as she rocked back and blow the smoke out as she rocked forward. 2/03  Note, Matilda Dennis, who died at age 75, was Babe Dennis’ grandmother, not great grandmother, and this looks more like his great grandmother, Sally Brown Hayes, who died in Monroe at age 92. See photo #2320.  1/18 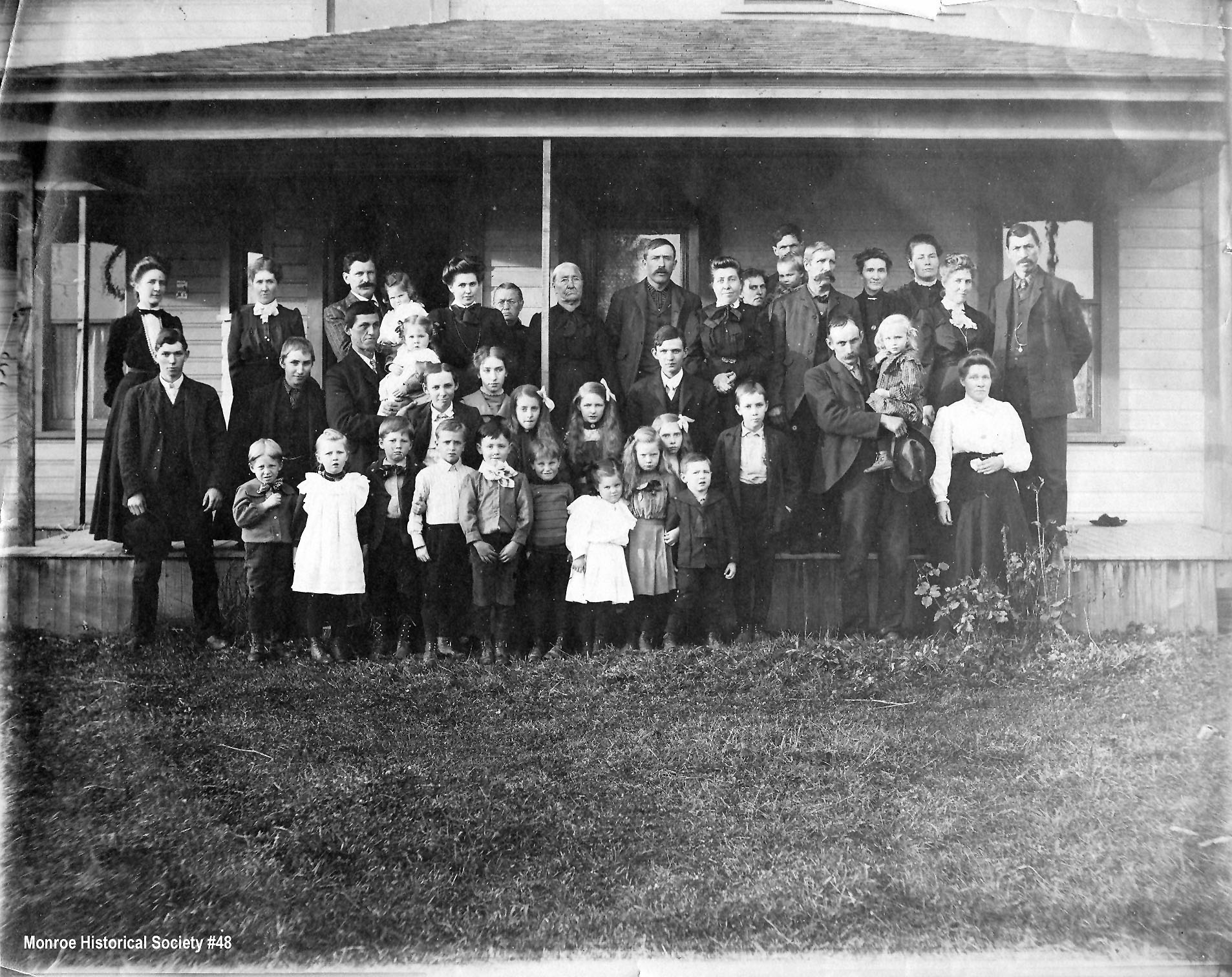 Back row: second from the left is Lillian Johnson, and just to the right of the pole is Mathilda Dennis, ‘Babe’ Dennis’s great-grandmother. In the second row from the back, third from the left is George Johnson holding Thelma Johnson. Kids in the front row, far left is Miles Johnson and next to him is Mildred Johnson. 1/03 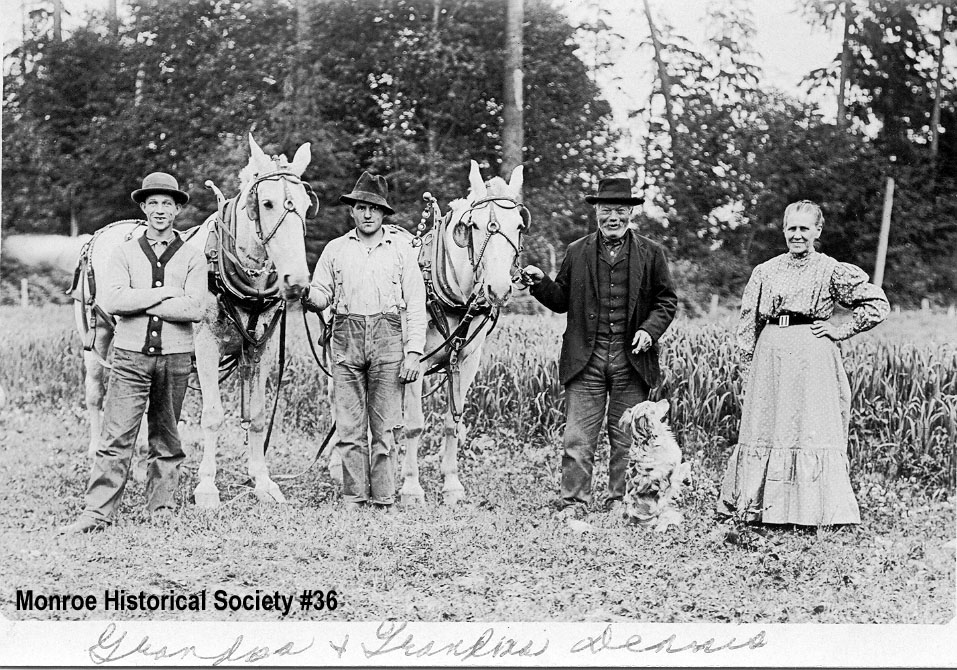 Although identification is not clear from the original accession entry, it suggests that from left to right are: Arthur Udell, Charlie Diamond (with horses), Grandpa Dennis and Grandma Dennis, with a dog sitting up in front of them. Under the photo is handwritten “Grandpa & Grandma Dennis.” 1/03 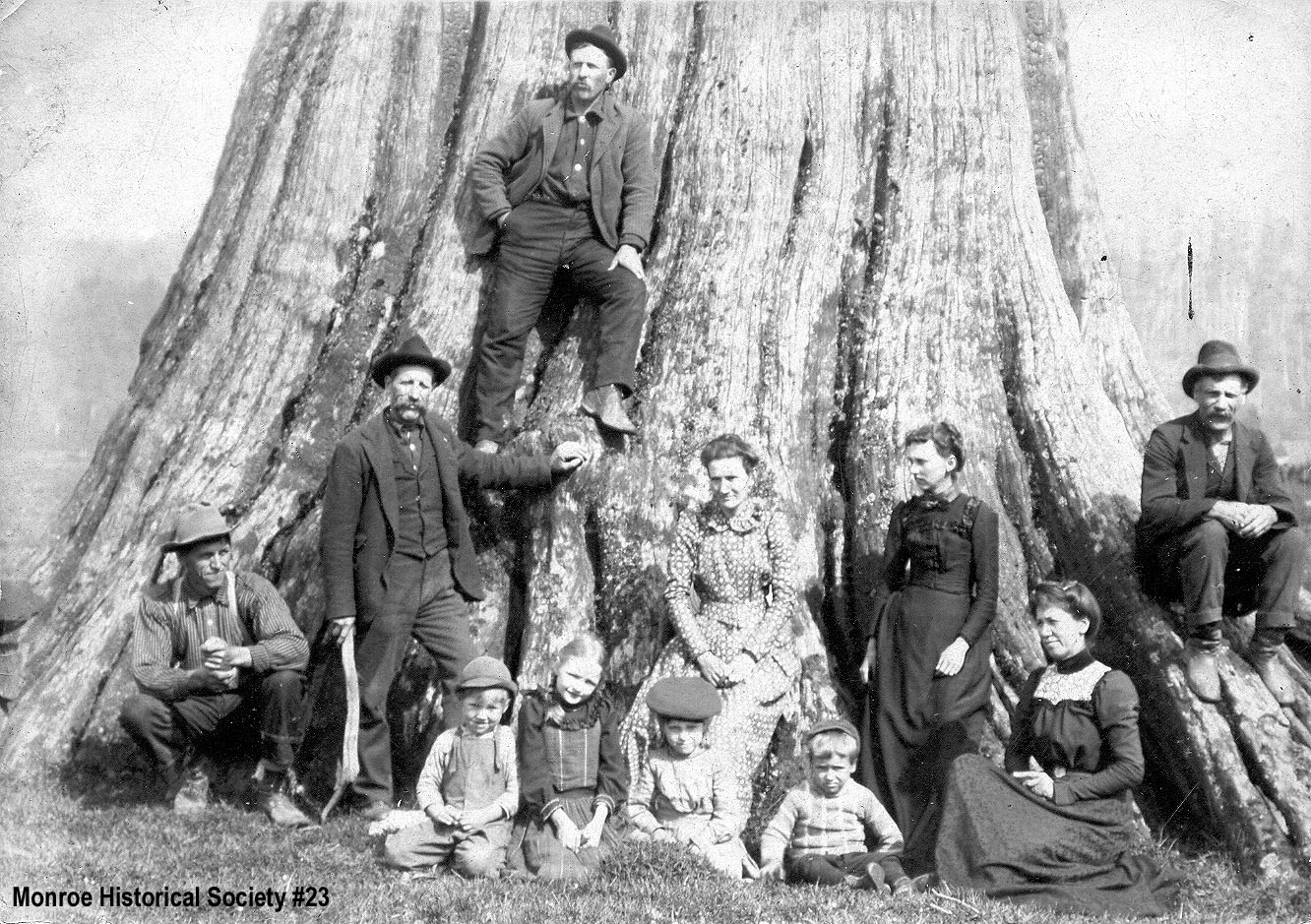 Original 23A information identifies this as taken at the Hayes Family Homestead in the Woods Creek Valley (across from Boyden's) c1903-04 in front of an enormous stump (probably same as #26 & #27). Written on the back of 23B is conflicting information: “Taken at Tualco. Father & aunts & uncles of Thelma Micheau.” In a different hand: “At top Uncle Fred Hayes; 2nd row: Geo. Johnson, Uncle Geo. Hayes, Aunt Addie H, Aunt Bertha H; 3rd row Aunt Mary Lindley, Leila H & other kids unknown” 1/03