0003 – Interior of the Three Lakes Sawmill with William Mitchell 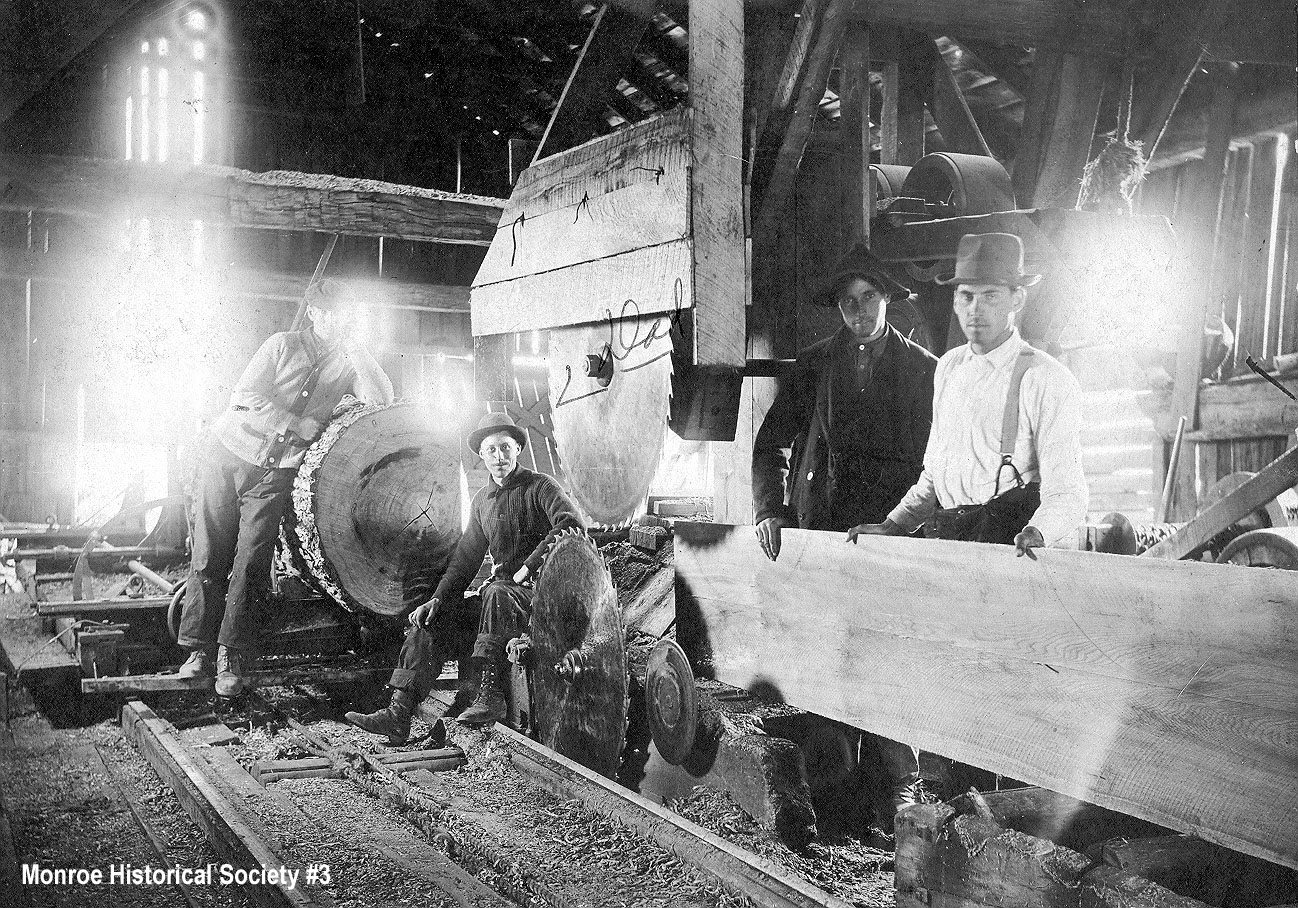 William Mitchell, the father of Katherine (Mitchell) Dennis (Mrs. Henry A. ‘Babe’) is sitting (second from the left), marked “Dad.” He was foreman of the shingle mill. The Three Lakes Logging Company, located northwest of Monroe at the south end of Panther Lake, had its own electric generating plant and a rail link with the Great Northern Mainline at the Woodruff junction, near the west end of Fryelands. It also had a link the Northern Pacific line near Machias. The Three Lakes Logging Company and sawmill began operation in 1903 and added a shingle mill in 1907. The sawmill burned in 1922. A small mill was setup after the fire and finally shut down in 1929. 7/04