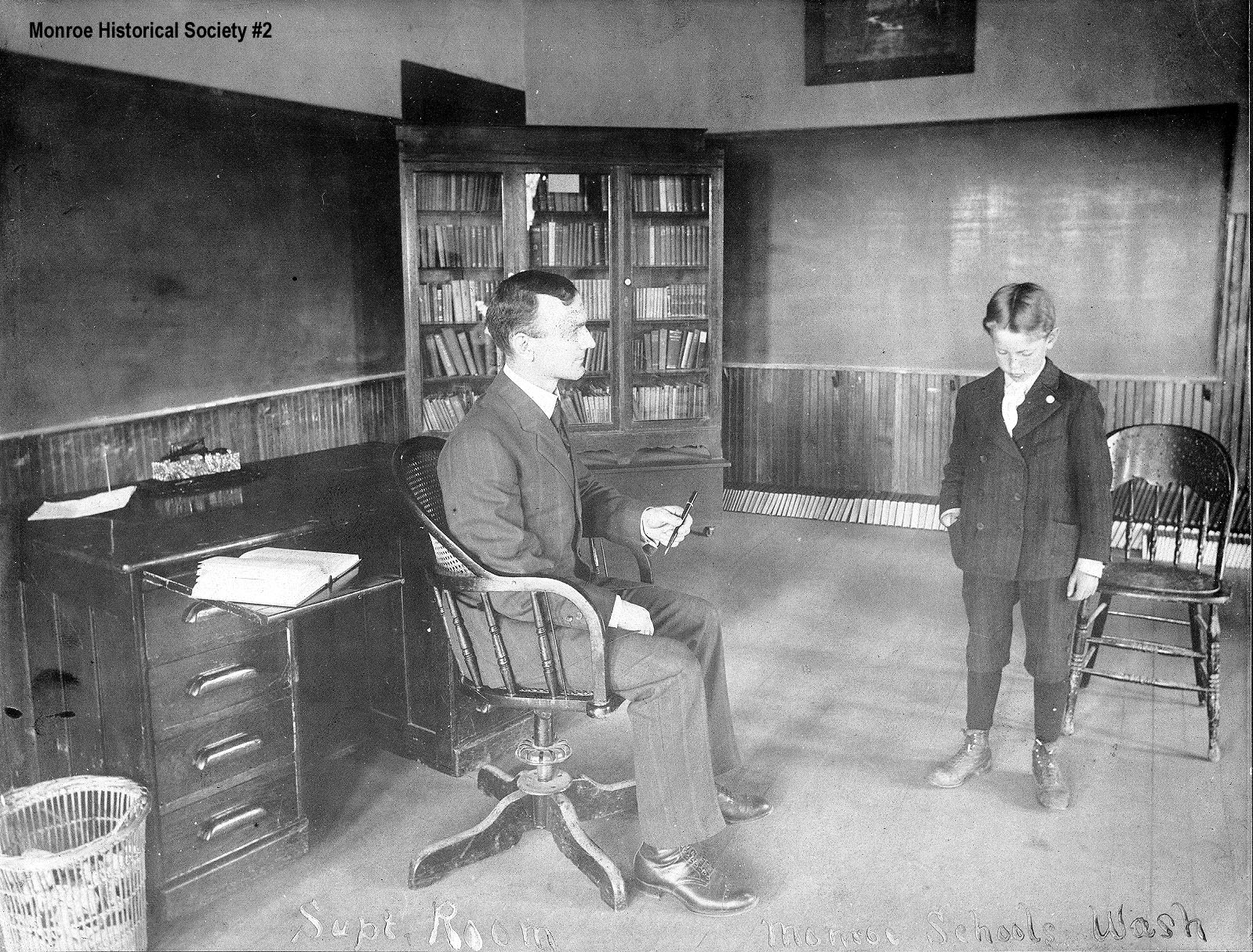 “Babe” Dennis remembered this photo well. He was dressed in his Sunday best (not his normal outfit for school) and the dreaded-trip-to-the-principal’s-office scene was posed for the photographer with Finley “scolding” with pen in hand and Babe keeping with his head down. Written on the back is “Babe 1909 Finley Supt.” While written on the photo itself is “Supt. Room Monroe Schools Wash”. (Original accession book entry lists Mr. Finley as principal.) Teeple photo. 7/04